Firefighter turnouts are made up of various components, each of which is vital to the firefighter's safety. The complete turnouts can weigh in excess of 50 pounds. The self-contained breathing apparatus (SCBA) alone weighs more than 25 pounds. Turnouts are seven to 10 pounds heavier when wet than when dry. 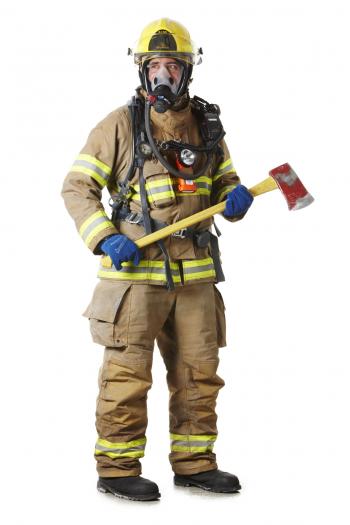 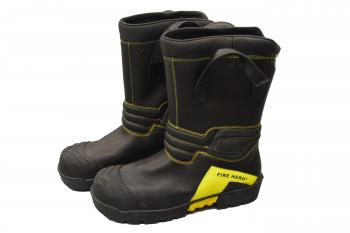 Firefighter's boots have a protective hull for their toes and a steel plate in the sole to protect the firefighter from perforations. The inside of the boot has a protective layer similar to the one in the uniform to protect against humidity. The outer sole is made of rubber and is anti-skid.
Source: Service de sécurité incendie de Montréal

The outer shell of the helmet is made of thermoplastic. There is a second shell inside the helmet, in direct contact with the head. This second shell is made of urethane and the head straps are made of aramid nylon. Firefighters on the scene of an emergency intervention may be seen wearing helmets with different colours, each of which has a special significance indicating the duties performed by the person wearing it. 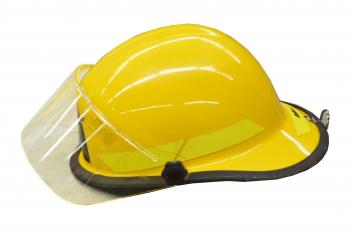 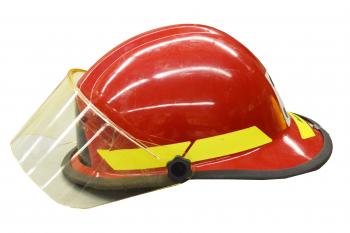 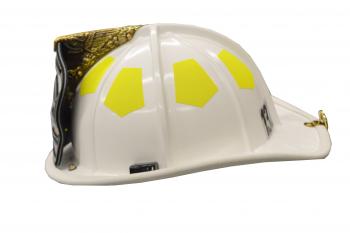 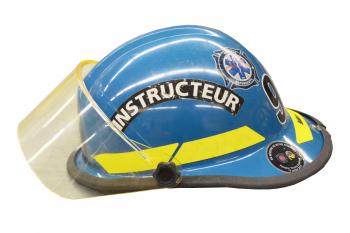 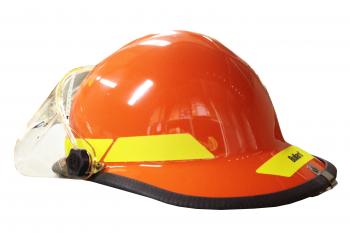 The self-contained breathing apparatus (SCBA) is an essential piece of equipment. Before the start of every work shift, firefighters check the face shield, the overall condition of the SCBA and the alarm levels.

The face shield is airtight and may be adjusted using the straps. The breathing apparatus includes a pressurized filtered air cylinder. The pressure inside the tank is equal to 4,500 psi, enough to supply air for about 25 to 30 minutes, depending on the individual. The device is also equipped with a pressure gauge, audio and visual alarms, as well as an extreme heat alarm and inertial sensors in the event that the firefighter is in a critical situation.

The breathing apparatus weighs 26 pounds and is worn at all times in danger zones, often for more than one hour. Firefighters replenish their air supply in a secure area and return to the scene of the intervention as required. The entire breathing apparatus is subjected to a thorough inspection on a yearly basis. A hydrostatic test is carried out on the cylinder every five years, and cylinders have a 15-year service life. 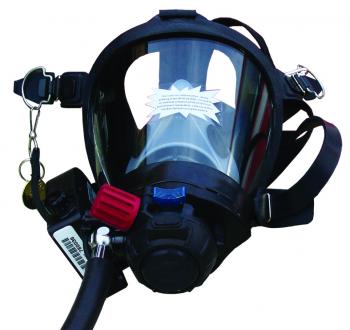 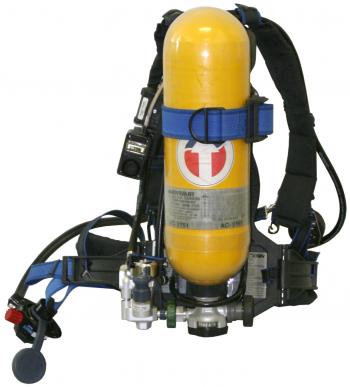