The story of Chief 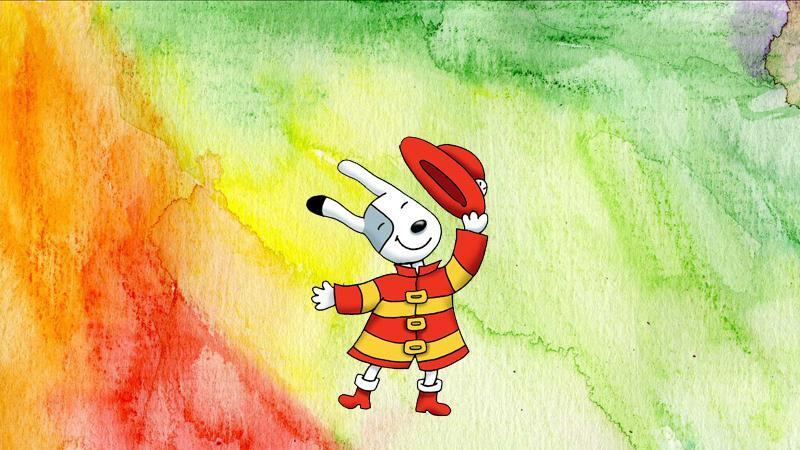 Discover the incredible story of Chief!

A light snow fell on the city that evening. On the street, a pumper truck's revolving lights shone on the neighbouring homes. Amid the ruins of the house, firefighters were checking to make sure the fire was not still smouldering.

Just a few metres away, hidden in the shadow of a parked car, a white puppy with black spots nervously observed the scene. On the previous night, as his room filled with smoke, his mother had roused him and carried him outdoors, where she asked him to wait. But, frightened by the sirens and the lights from the trucks, he had run off and hidden a few blocks away. It was only in the morning, after a difficult night under the balcony, that he decided to seek out his mother again.

After wandering all day, he finally found his way home. Only to see that his house had burned to the ground, and that his masters, his mother and his brothers and sisters were nowhere to be seen. The little pup fought back tears. His hope was that the firefighters still on the scene would be able to return him to his mother.

Walking past the security cordon, he approached what was left of his former home. It was then that the fire chief noticed him. Holding out a large gloved hand, the chief gently picked him up. Attempting to pet him, he immediately noticed that the pup was distraught. The night before, the chief recalled, he had seen the mother dog in distress as she searched for her lost pup at the height of the fire. In the end, she had probably left with the members of her family and her remaining brood after the fire destroyed their home.

As the chief tried to comfort the pup and keep him warm, the other firefighters returned to the truck. They were all happy to learn that the little orphan had been found. Upon returning to the station, the chief took steps to contact the pup's masters. In the meantime, the firefighters found two small bowls, which they filled with water and food, much to the pup's delight. Then, seeing that the dog was exhausted, they placed him in a box with a large towel and lay the box down next to a radiator. The little puppy promptly fell fast asleep.

He was awoken by a flurry of broad tongue strokes. It was his mother, who was back in the company of her masters. The little pup began to bark and wag his tail. They were all delighted to be reunited again.

Now that his masters no longer had a home, it was going to be difficult for them to keep the mother dog and all her pups. So they asked the firefighters if they could keep the puppy. After a brief discussion, the firefighting team decided to adopt the puppy, naming him Chief because he had been found by the station chief. The firefighters also arranged to have his former masters pay him an occasional visit in the company of his mother.

That night, Chief drifted into a peaceful sleep in his box near the radiator, when suddenly the turn-out bell rang, and again he began to wonder what would become of him. His new friends reassured him that he could go safely back to sleep and that they would be back in a short while.

The following morning, Chief was awoken from a deep sleep by the smell of toast. Famished, he climbed out of his box to discover that his new friends had prepared his breakfast.

And thus began Chief 's new life with his firefighter friends, early in the year 2000. Between calls, the firefighters played with Chief and taught him tricks. Before long, Chief grew big and strong. And then one day, the firefighters decided it was time for Chief to play a part in their activities. Since he was very popular with the kids who visited the station, the firefighters showed him all the fire safety instructions, and Chief has been teaching kids what to do in case of fire ever since...