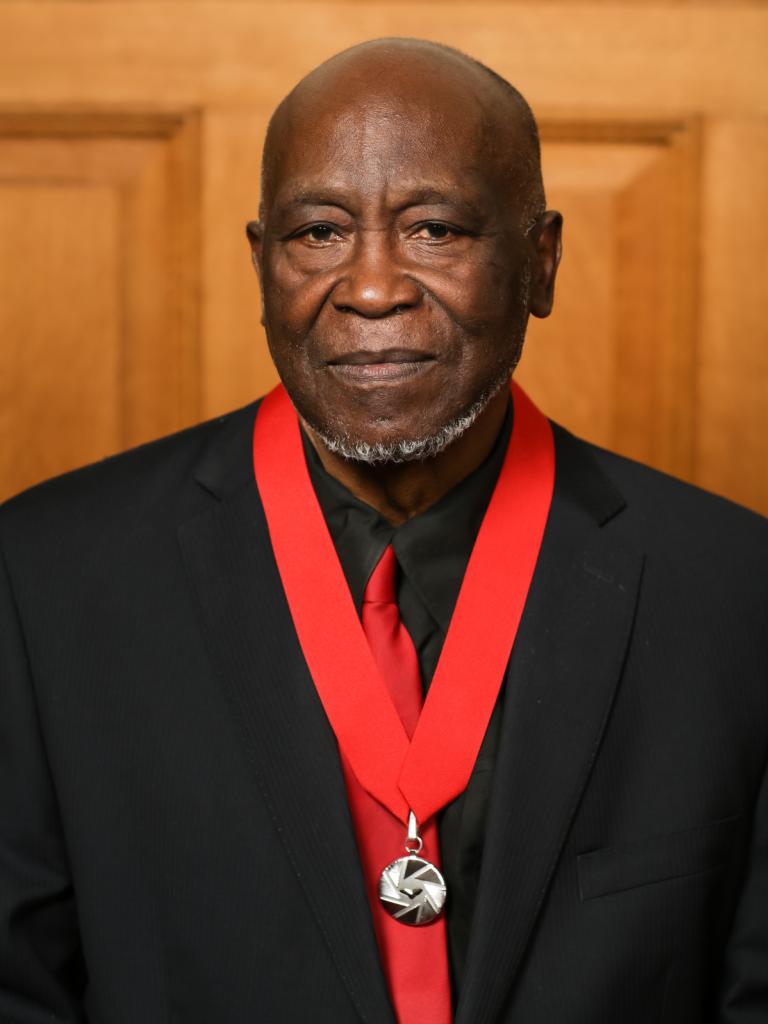 Legendary cultural promoter and impresario Rouè-Doudou Boicel has contributed to making Montréal a favourite destination for the world’s most famous jazz and blues musicians. From 1975 to 1992, he succeeded in attracting legions of fans to his club, the Rising Sun Celebrity Jazz Club.

Rouè-Doudou Boicel left his native Guyana at the age of 23. After living several years in Europe, he arrived in Quebec in 1970. Coming from humble beginnings, this painter and poet sought to engage with underprivileged children and teens. From 1971 to 1975, he managed the Centre de Visosonie, which provided a variety of artistic activities to the youth of the Centre-Sud neighbourhood of Montréal.

In 1975, he embarked on a new mission: to promote jazz at a time when many believed that this music genre had witnessed its last glory days. Determined to prove them wrong, he founded the Rising Sun Celebrity Jazz Club with the evocative slogan “Jazz is not dead.”

Initially showcasing local musicians, the affable club on Sainte-Catherine Street West quickly became “the” gathering spot for lovers of jazz and blues. As its reputation grew, it was able to attract the biggest names in Canadian and American musicians, who made the club a “must” stop on their tours.

At his invitation, Ray Charles, Art Blakey, Taj Mahal, Muddy Waters, Buddy Guy, Sarah Vaughan, Dizzy Gillespie and Nina Simone, among others, performed on Montréal stages. His vision and energy helped put Montréal on the map as a jazz and blues city.

During the 20th Black History Month in 2011, Rouè-Doudou Boicel was honoured among 20 personalities whose actions marked Montréal and Quebec socially and culturally. That same year, the Côte-des-Neiges–Notre-Dame-de-Grâce Borough named him “Grand Citoyen” (Great Citizen) in the sports and culture category. In 2013, the Black Coalition of Quebec presented him with the Mathieu Da Costa Award for his contribution to Quebec society. In 2018, he received the Dynastie Grand Prize, which recognizes the outstanding involvement of a member of Quebec’s black community. He has also been honoured in New York, French Guyana, South Africa and Senegal.