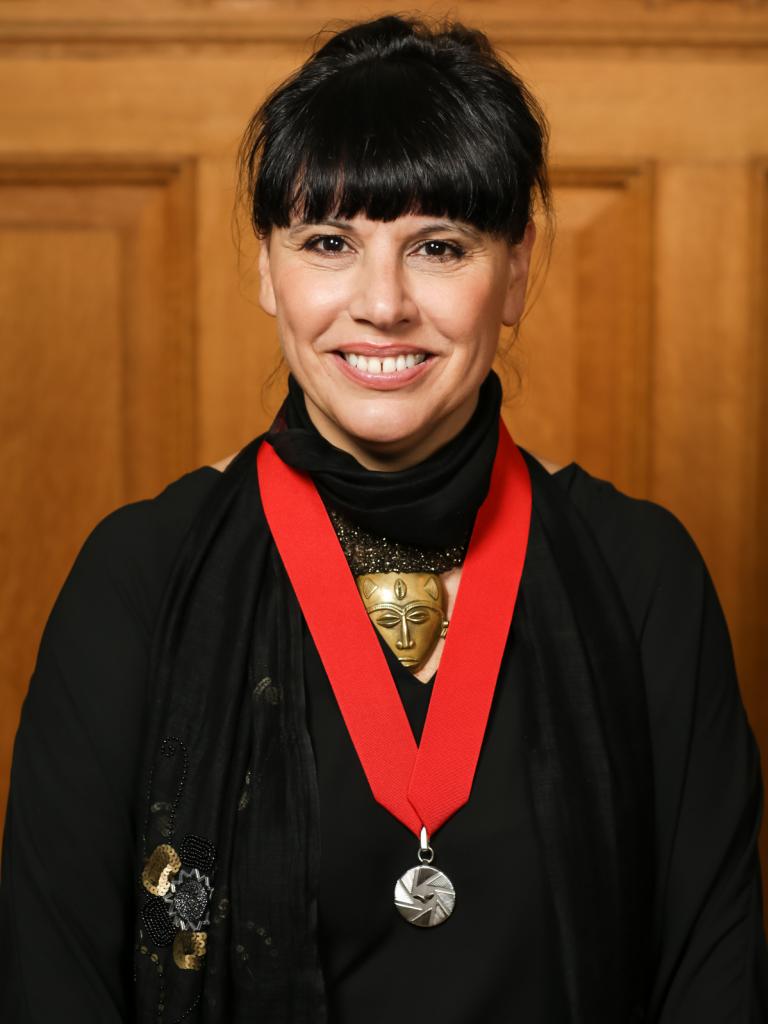 Nathalie Bondil has been director and chief curator of the Montréal Museum of Fine Arts (MMFA) since 2007. She has infused this institution with unprecedented drive, propelling it to the rank of one the most visited art museums in the world.

Born in Barcelona, she grew up in Morocco and studied in Paris before working in New York City and France. An art historian and Conservateur du patrimoine d’État, she chose to live in Montréal, the adoptive city she loves, despite offers from abroad.

A committed and innovative museologist, she successfully designed and programmed dozens of exhibitions on music, cinema and fashion. The MMFA is the most visited art museum in Quebec, attracting 1.3 million visitors in 2017 alone. That same year, it was ranked the second most visited museum in Canada, eighth in North America and 49th in the world. The MMFA has more than 120,000 members: a Canadian record. Each year, it attracts some 100,000 tourists, and its exhibitions are displayed in more than 35 cities around the world.

Over the past 10 years, thanks to its ambitious development policy, the museum has acquired a quarter of its current collection and almost doubled in size with the addition of two new pavilions: the Claire and Marc Bourgie Pavilion, home to Bourgie Hall, a concert venue, and the Michal and Renata Hornstein Pavilion for Peace, which houses the Michel de la Chenelière International Atelier for Education and Art Therapy, the largest educational complex in North America.

Convinced that the museum is a vector of social progress, Nathalie Bondil extended her offering of free activities to more than 100,000 children and adults. She created partnerships with 450 school, university and community organizations and launched the MMFA’s Art and Health Advisory Committee chaired by Rémi Quirion, which has been the driving force behind numerous art therapy activities and pilot projects with hospitals and research centres. These innovative programs position the MMFA among the international leaders in the field and benefit more than 23,000 persons suffering from various ailments, such as Alzheimer’s disease, autism and anorexia.

Nathalie Bondil is vice-chair of the Canada Council for the Arts. She has received two honorary doctorates, one from McGill University in 2013, and the other from Université de Montréal in 2015, and she was the recipient of the Medal of the National Assembly in 2016. She was named Personality of the Year for culture by the newspaper La Presse and was honoured with the Prix Femmes d’affaires du Québec in 2017. She has been a Chevalière of the Ordre national du Québec since 2011 and a Member of the Order of Canada since 2015. She has also been a Chevalière of the Ordre des Arts et des Lettres de la République française since 2008, and was promoted to Officer in 2016.

Nathalie Bondil is a graduate in art history and museology from the École du Louvre and the École nationale du Patrimoine in Paris.