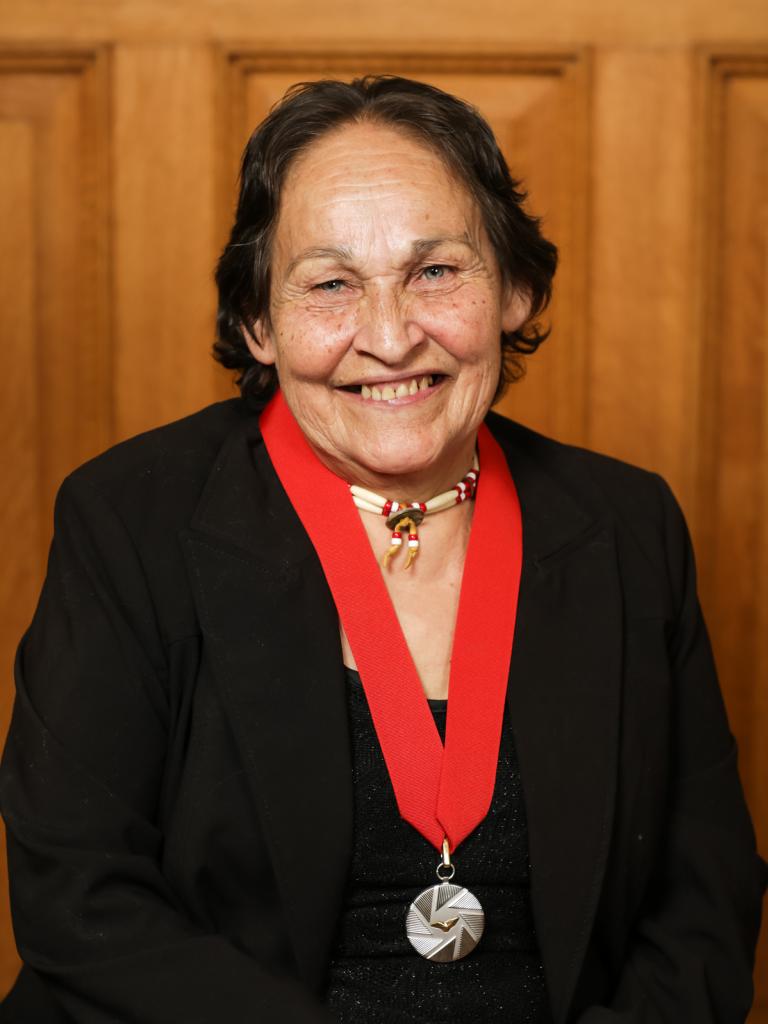 Lyricist, storyteller and internationally renowned Innu documentary filmmaker, Joséphine Bacon is a leading Quebec author and a great ambassador of First Nations’ culture in Quebec and overseas. Deeply involved with the Indigenous literary and artistic scene, she instills pride in young generations in their heritage and the desire to defend their language and culture.

For 40 years, Joséphine Bacon has been a translator-interpreter and teacher of Innu-aimun, the Innu language, and, among other endeavours, has worked with elders who are the custodians of traditional wisdom to preserve and share their language and knowledge. She has published three acclaimed collections of poetry with the publishing house Mémoire d’encrier: Bâtons à message/Tshissinuatshitakana (2009); Nous sommes tous des sauvages (2011), co-written with José Acquelin; and Un thé dans la toundra/Nipishapui nete mushuat (2013).

Joséphine Bacon has collaborated as a scriptwriter, translator or narrator on numerous documentary and short films, including those of filmmaker Arthur Lamothe. She directed the films Ameshkuatan – Les sorties du castor (1978) and Tshishe Mishtikuashisht – Le petit grand européen: Johan Beetz (1997), which tells the story of a Belgian aristocrat who settled on the North Shore and became a true legend among the Innu.

She has also collaborated on several TV productions, including the series Innu-Assi (1999) by Productions Manitu, Mikuan and Carcajou (2001) by Productions Kwé, Mupu (2006) by Swan Productions and Carcajou Mikun, Finding Our Talk (2008), an online series on the Anishinabe languages by Productions Mushteg Nutaq. This lyricist and author of text sequences for the Chloé Sainte-Marie Nitshisseniten e tshissenitamin show has been invited to Colombia, France, Russia, Armenia and Haiti.

Since the 1970s, she has also played a key role with researchers working in the Innu community to document the language, culture, oral tradition and history of this First Nation. An ardent defender of its language and culture, she is regularly invited to international gatherings of Indigenous language writers and participates in numerous literary festivals and shows in Quebec and France. She also gives writing workshops and talks in universities, Cegeps and several Indigenous communities, in addition to working on various translations from Innu-aimun to French.