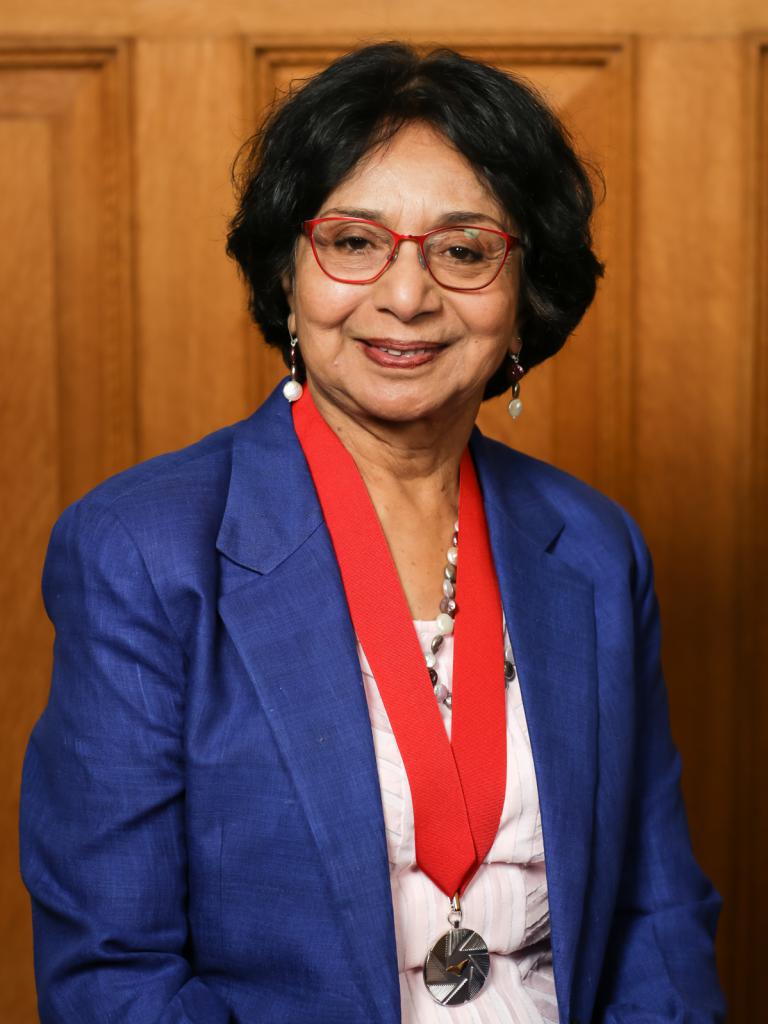 An international specialist in comparative and multicultural education and women’s studies, Professor Ratna Ghosh is a leading figure in the world of education, research and development. Her involvement and role as an adviser to broad-based committees and forums have laid the foundations of a healthy and stimulating society in which the education system perceives diversity and ethnocultural minorities as a strength.

Ratna Ghosh has held several important positions at McGill University. Named Sir William C. Macdonald Chair in Education in 1994 and Distinguished James McGill Professor in 2004, she was the first woman to occupy the post of Dean of the Faculty of Education from 1998 to 2004. She is the author of an impressive number of articles and publications that have had a profound influence on the sociology of education and educational approaches to diversity and inclusion.

Ratna Ghosh’s theoretical approaches have been integrated into study programs in Canadian and American universities. Her work Redefining Multicultural Education: Inclusion and the Right to Be Different, published in 1996, is in its third printing. She also co-wrote Education and the Politics of Difference: Select Canadian Perspectives, a reference in the field. She has conducted research projects in Canada, Asia, Africa and Latin America. Her current research is focused on the role of education in countering political and religious extremism in Canada.

Committed to fairness and social justice, Ratna Ghosh takes part in numerous international strategic forums. She was invited to speak on education and security by a committee of the United Nations. In 1989, she was named to the National Advisory Committee by the Canadian Minister of External Affairs. In 2003, the Canadian edition of Time magazine named her “One of Canada’s Best” in philosophy and multicultural education practices.

Ratna Ghosh’s expertise is recognized in Canada and well beyond its borders. She served as president of the Shastri Indo-Canadian Institute from 1988 to 1990, and she sat on the board of directors of the Canadian Human Rights Foundation. She was also president of the Comparative and International Education Society of the United States in 2011–2012.

Ratna Ghosh has garnered numerous awards and honours during her exceptional career, including the Leadership in Internationalization of Education Award of the Canadian Bureau for International Education in 2002, and the Woman of Distinction Award from the Montreal Women’s Y Foundation in 1996. Ratna Ghosh is an Officer of the Ordre du Québec and Member of the Order of Canada, the Royal Society of Canada and the European Academy of Sciences, Arts and Letters. She obtained her PhD in Education from the University of Calgary, following studies in Calcutta and in London.