The German visual effects company Scanline VFX has announced the opening of a new studio in Montréal, thereby creating 300 jobs within the next three years.

The company currently has studios in Vancouver, Los Angeles, Munich, and Stuttgart. « Greater Montréal has become one of the world’s largest VFX and animation hubs, with an estimated 27% growth over the last 10 years », said Hubert Bolduc, President and CEO of Montréal International. 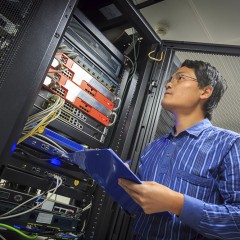